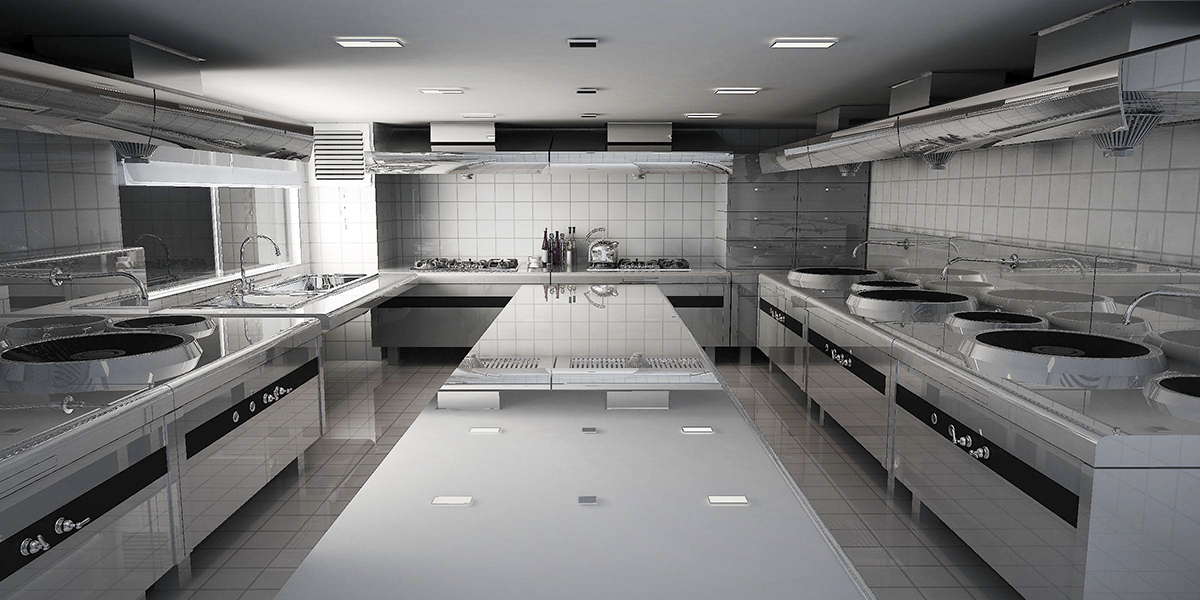 What are the Factors Shall be Considered When Determining the Air Flow Velocity in Kitchen Ducts?

Due to the special environment of public kitchen, the following factors shall be considered when determining the air flow velocity in the pipeline.

The oil fume discharged from the kitchen contains more oil fume, which will condense into dirty oil in the pipeline. The dirty oil has great viscosity and is mixed with dust in the air, which is very difficult to remove, which will increase the roughness and resistance of the flue. The oil fume air flow discharged from the kitchen is generally 12 m/s. even if the pipeline resistance increases, the system will maintain its operation state and efficiency.

The hot gas has the function of natural lifting. When the vertical pipe exhausts smoke downward, the fan pressure consumed is relatively large. When the pipeline is relatively long and the pressure loss is relatively large and close to the full pressure of the fan, the selected airflow shall be 1 ~ 2 m/s lower than the design wind speed of the horizontal pipeline and increasepipeline cross-sectional area to reduce pipeline resistance.

Most of the fresh air pipes are positive pressure pipes. When sending fresh air inward, it is mostly the air in the atmosphere, containing dust, which will accumulate in the pipe. If the exhaust velocity of the fresh air in the pipe is too high, the dust in the flue will also be blown into the kitchen. The lower limit value shall be taken. The wind speed in the steel plate main pipe is generally 8 m / s, and the wind speed in the branch pipe shall be calculated according to the number of diffuser outlet.